At the 29th CITT/ICTS Rendez-vous, over 90 delegates gathered for cocktails and dinner at the Kwanlin Dün Cultural Centre’s Longhouse on Friday August 16th to honour our peers at the annual CITT/ICTS Awards Banquet. Created in 1998, the CITT/ICTS awards are designed to honour individuals and companies from a wide spectrum of the Canadian live performance community. The nomination of candidates for the CITT/ICTS awards is driven directly by the membership with the final selection made by the Awards Committee. The six CITT/ICTS awards are as follows: 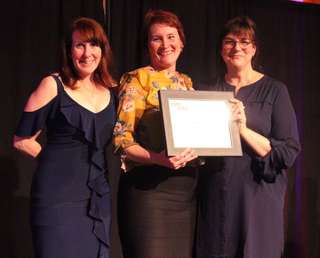 The Honorary Membership Award is awarded to an individual or organization not actively involved in the technical disciplines of the Canadian live performance industry, but who by virtue of their position has contributed significantly to the development of technical disciplines within Canada. This contribution can be seen through the recipient's decision-making, influence, and philosophy within the community or by showing themselves to be a longstanding friend of CITT/ICTS. The 2019 Honorary Membership Award was presented to CAPACOA.

CAPACOA has been a long-time supporter of CITT/ICTS. In 2005, when executive director Peter Feldman reached out to CITT/ICTS and invited us to become reciprocal members, it was the start of CITT/ICTS outreach initiative with presenters associations across the country. Their mandate and objectives are vital for the sustainability and health of the presenting industry in Canada. The Canadian Arts Presenting Association/Association canadienne des organismes artistiques (CAPACOA) serves the performing arts touring and presenting community through its commitment to integrate the performing arts into the lives of all Canadians. CAPACOA takes initiative in providing leadership, knowledge, communications, skills development and advocacy on behalf of its members and within the arts presenting community.

The Award of Technical Merit is awarded to a production 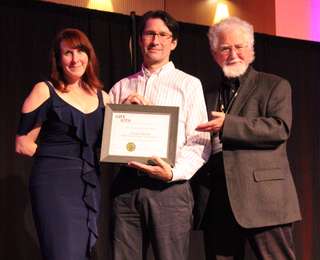 company or theatre, or a combination thereof, for outstanding achievement in the use of theatre technology on a specific project or production. The 2019 CITT/ICTS Technical Merit Award was presented to Scott Miller, Principal and Senior Theatre Consultant of DWD Theatre Design + Consulting Inc.

DWD Theatre Design and Consulting Inc grew out of Douglas Welch Design Associates in 2011 with current principals and equal partners Robert Hamilton and Scott Miller. In the following eight years they have completed over 100 theatre projects across Canada. DWD has worked on many an outstanding project including The Bell Centre of the Performing Arts in Surrey BC and the St. John II School in Grand Prairie AB. They have also led venues such as the Queen Elizabeth Theatre (Vancouver) and Chilliwack Cultural Centre through major upgrade projects. Recently, DWD partner Scott Miller consulted on and designed the change over from dimmer based lighting system to a new LED based lighting system at the Yukon Arts Centre. That project went extremely well and moved the Yukon Arts Centre into the 21st century. 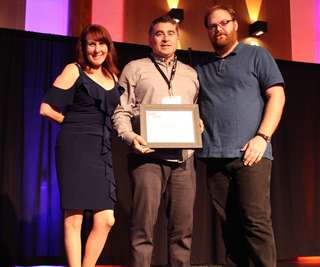 Larry Darling is Vice-President of ShowTech AVL, a sales and integration systems provider who understands the urgent nature of the adage “The show must go on”. They are focused on providing clients with excellent customer service and creative solutions for their Pro Audio, Video, Lighting and Rigging needs. Larry has been most diligent and helpful in providing timely and detailed information about products and their compatibility with different systems. He is available to meet his client’s team and take time to understand their goals. Research available solutions rather than provide whatever was most convenient. Having the manufacturer's ears can prove very difficult for a theatre venue. His knowledge and skills were able to bridge the gap between technical specs promises and actual product performance.

The Education Achievement Award is awarded to an i 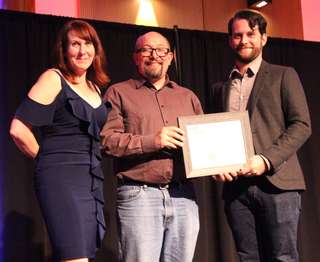 ndividual, in recognition of
longstanding career achievement as an educator. This individual is engaged in the teaching of a technical or related discipline, while preparing students for work within the Canadian live performance industry. The 2019 CITT/ICTS Education Achievement Award recipient is Janelle Rainville.

Janelle has been stage managing for the past 14 years in a variety of genres, including theatre, musicals, tours and special events, but especially dance. Companies worked for include the National Ballet of Canada as well as production management with Le Théâtre Français de Toronto and the Magnetic North Theatre Festival. More importantly, she is active in professional development and education activities, such as S.M.Arts-Stage Managing the Arts where she is the Director, and P.M.Arts, (sister conference for Production Managers) where she serves as administrator. Janelle is always looking for ways to create or enhance learning experiences through job shadowing and other work/employment opportunities for our students while they attend university. She displays remarkable tenacity and patience in establishing these initiatives. For those reasons, Janelle was nominated for Education Achievement Award, as an extremely strong and deserving recipient for this award; because she represents the best practices and beliefs of CITT/ICTS as well as the larger professional community as a whole. 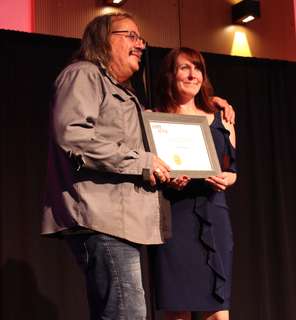 Gary Bailie founded the Blue Feather Festival in Whitehorse Yukon 18 years ago in memory of his late partner. The festival, now held each fall, is a celebration of Indigenous music from across Canada. It's a substance-free, two-day event, which is largely run and organized by young people who are given the opportunity to learn new skills. At the festival, young people are mentored in various roles, from stage management to audio and lighting production. In 2018 as the festival's lead organizer, Gary was awarded a Governor General's Meritorious Service award for his work as a mentor to young people. In 2015, Gary was also given a Governor General's Caring Canadian award for his work with the Kwanlin Koyotes Ski Club. Then Yukon Commissioner, Doug Philips in presenting the award stated "I think he is just an example of what Yukoners do in this territory to make it such a great place. They don't just volunteer for one organization, they help out people wherever they can and Gary is a champion in that."

The Dieter Penzhorn Memorial Award is awarded to 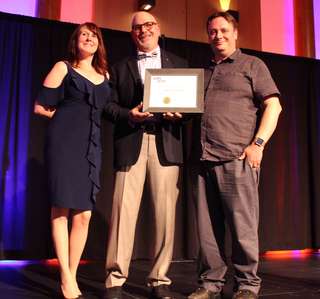 an individual who has provided
significantand sustained service to the Canadian Institute for Theatre Technology/Institut canadien des technologies scénographiques, while playing an active role in the development of the greater Canadian cultural community. The 2019 Dieter Penzhorn Memorial Award recipient is Michael Harris.

Michael has provided CITT/ICTS with guidance and leadership and constantly supported
the work of CITT/ICTS. Michael has been an active supporter of CITT/ICTS for many years. In 2006, Michael joined the Ontario Board as Corporation Liaison Member and joined the National Board in 2008 as the Ontario Section representative. He was elected as a director at large in 2011 and became President-Elect of CITT/ICTS in 2013. He served as President of CITT/ICTS from 2014 to 2016 and then Past-President until 2017. In 2017, he assumed the position of Interim Secretary and ended his tenure as elected Secretary in August 2019. His over twenty-five year career has seen Michael in positions of audio and lighting technician, technical director and production manager before moving into sales. Michael has crafted his sales expertise managing and representing various professional theatrical and architectural lighting and audio companies, including ETC (formerly Electronic Theatre Controls). Michael is an alumnus of Ryerson University Theatre School and an active member of IES and CITT.

For more information about the CITT/ICTS awards and the list of prior recipients, please visit our website: citt.org/citt_awards.html The deadline to submit nominations for the 2019 Annual CITT/ICTS Awards is March 31st, 2020.